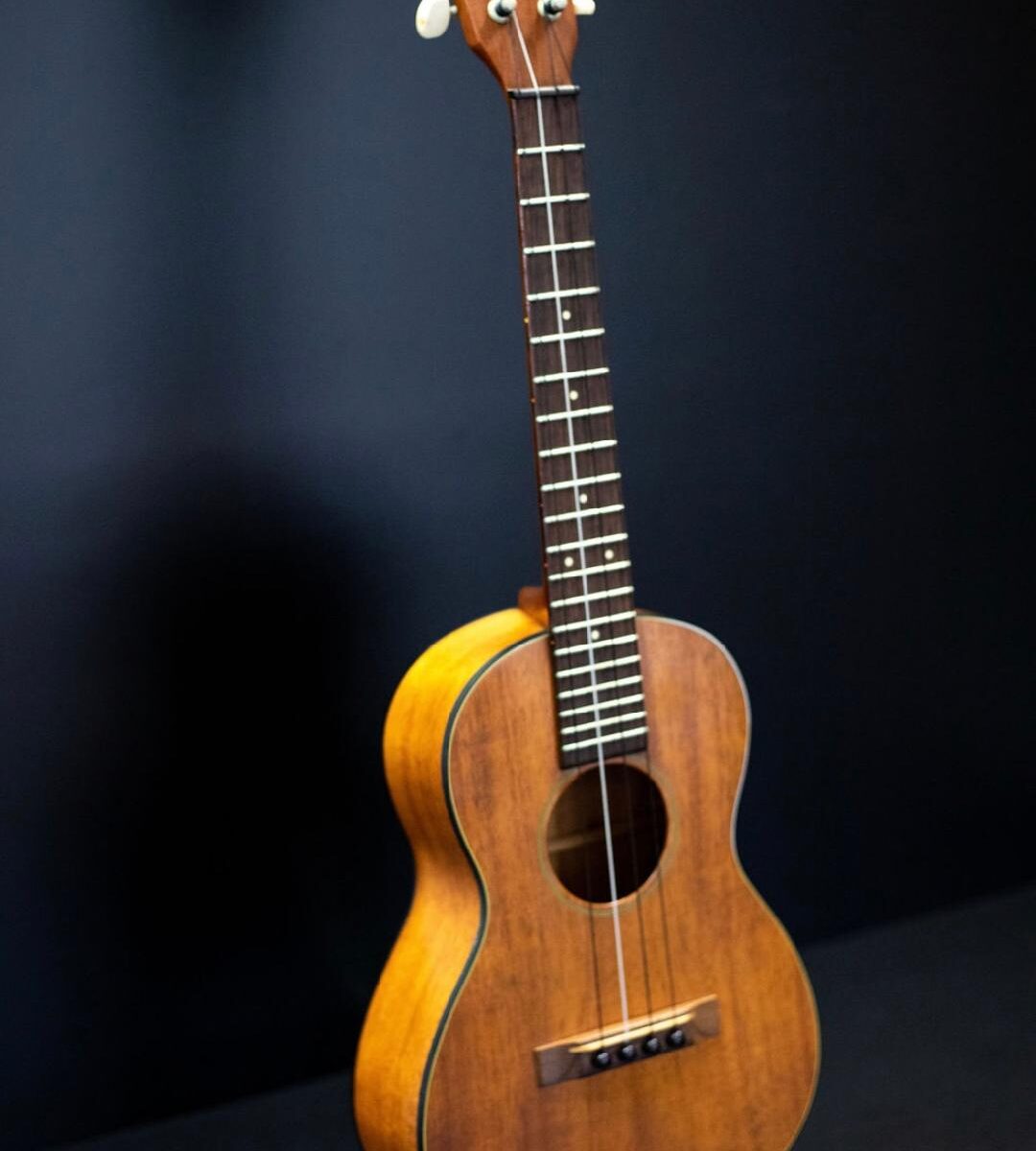 There are a lot of vintage Martin ukuleles out there.  After all, Martin Guitars built ukuleles by the thousand from as early as the 1920s until 1970s.  Martin Guitars built ukuleles mostly using mahogany wood.  They built mahogany ukulele in all sizes or models – soprano, concert, tenor and baritone.  However, Martin also built just a handful of solid koa ukuleles — the “K” series –3K, 5K, models.  You will find these vintage Martin koa ukulele mostly in soprano and concert ukulele models.  Rarely will you find a vintage Martin koa tenor ukulele.  Frankly, we do not know or have ever seen any other vintage Martin koa tenor ukulele.   So, in our opinion, this is truly a very rare Martin, perhaps, one of a kind,  definitely a collector’s dream.

Martin Guitars’ historian, Mike Longworth confirmed that this Martin koa ukulele was made in 1970.  One of only 2 they made as a special order.  They do not have any information of the whereabouts of the second one.

P.S.  Mike Longworth offered to buy this and showcase it in the Martin Guitars museum.